Hi there! This is a short blog about my experience and feedback throughout my hydroponic journey.

As a mechanical engineering graduate, I never expected myself to be involved in urban farming. However during the MCO period, I stumbled across a video of someone building a hydroponic vertical growing tower. They explained the benefits of growing vegetables using hydroponics, as well as its pros and cons compared to traditional soil-based farming. I learned about the detrimental effects of conventional land farming, including greatly damaging the soil and causing pesticides to leech into the sewage. In comparison, not only did hydroponic growing systems steer away from those problems, but the yield produced from a hydroponics vertical grow tower is a lot higher than soil farming.

Then I thought to myself; if he could do it, so can I. Hence, I started watching various videos to learn more about hydroponics and how to build one.

Before finalizing on my very own DIY grow tower, I had set 2 criteria in the design. Firstly, the entire build was to be cheap and the budget should not burn a hole in my pocket. After all, as it was designed for my home usage only and not for commercial purposes, aesthetic was not my main priority. Secondly, it should be easy to build and the design should not be overcomplicated. I wanted it to be finished within a few days rather than months. After going through several iterations, I decided that each component must be modular so that if any part was broken, it can be easily removed and replaced.

As a 3D printing enthusiast, I love integrating daily challenges and trying to figure out how the 3D printing process could fix it. That being said, 3D printing was a perfect solution for this project. Since I designed the vertical tower from scratch, there weren’t any hydroponic systems fitting for my vertical tower, especially a huge end cap at the top of the tower. So I started off designing the end cap using a 3D modelling software, taking inspiration from the one simple commercial vertical tower I found. Similarly, I designed a holder to attach the pipe to the dustbin to provide some stability since the tower was almost 2 meters tall. Once all the components were 3D modelled, I finally reached the fun part of the project– 3D printing.

I began researching appropriate materials to print the model. Polylactic acid (PLA) is one of the most conventional materials used in 3D printing. Unfortunately, it has low heat tolerance and will deform under hot sunlight. Hence I went with Polyethylene terephthalate glycol (PETG), which has a better resistance and does not release any toxic substances under heat. After the parts were 3D printed, it was just a matter of assembling each component together, connecting it with pipes and a submersible pump. Here is the complete assembly of my vertical hydroponics grow tower!

The main reason I ventured into this project was to provide vegetables for my family, as we had been making several rounds of grocery purchases each week. The idea was to supplement them with some vegetables so that we could save some cost and time in buying groceries, especially during the MCO.

I learned a lot after using this vertical tower for almost a year now. Even though I had successfully built the tower, growing the vegetables was another challenge because I did not have any knowledge about growing and tending to plants. I had to learn along the way as I had gone through several harvests, and each harvest had its own set of problems. One of the biggest challenges that I faced during this journey is dealing with pests. Since the vertical towers weren’t placed in any greenhouse, pests such as grasshoppers and snails constantly find their way to the crops. Handpicking these pests was difficult and time consuming but pays off when the crops are grown healthily.

During this hydroponic journey, I learned many different types of vegetables, and which are suitable to be grown with this system. I’m currently trying to grow new varieties such as curly kale, arugula and many more! I’ve also tried more produce grown organically from this system, many which I’d never tasted before. It is indeed an interesting journey, and sharing these new vegetables with my family was an eye opener to them. Here’s a picture of my first ever purple pak choy!

With the rapid change in climate these recent years, I encourage everyone to try out hydroponic farming, as it is really a fun hobby on top of countering our CO2 emissions! Urban farming would greatly aid in reducing greenhouse gas emissions, especially those living in cities filled with concrete jungles. You could play a role in increasing our much needed green spaces by creating a microclimate from your garden just by planting some vegetables or plants. With more of these microclimates forming, it would help reduce the rising temperatures in cities. 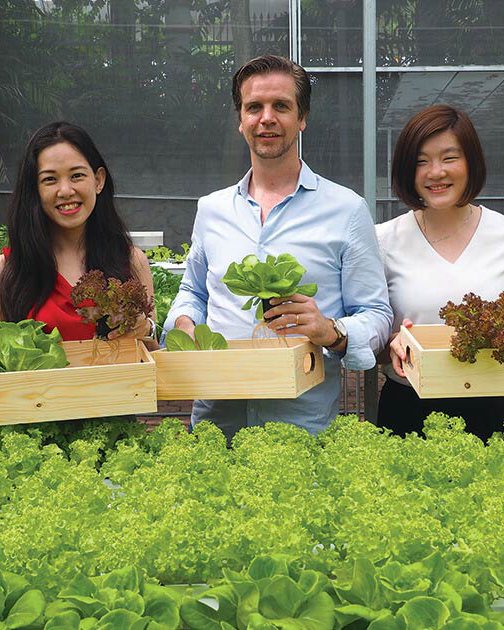 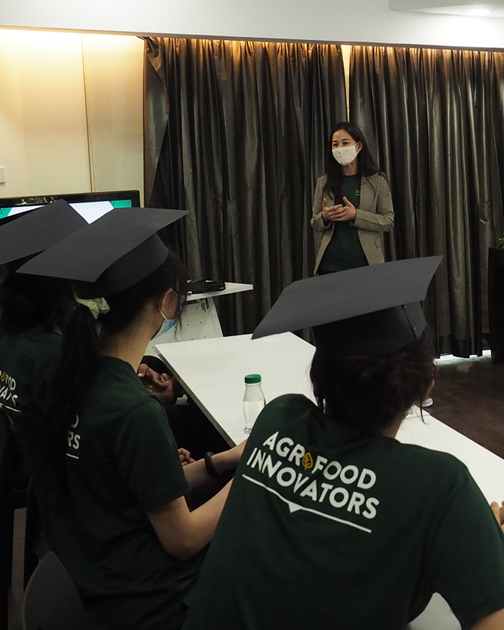 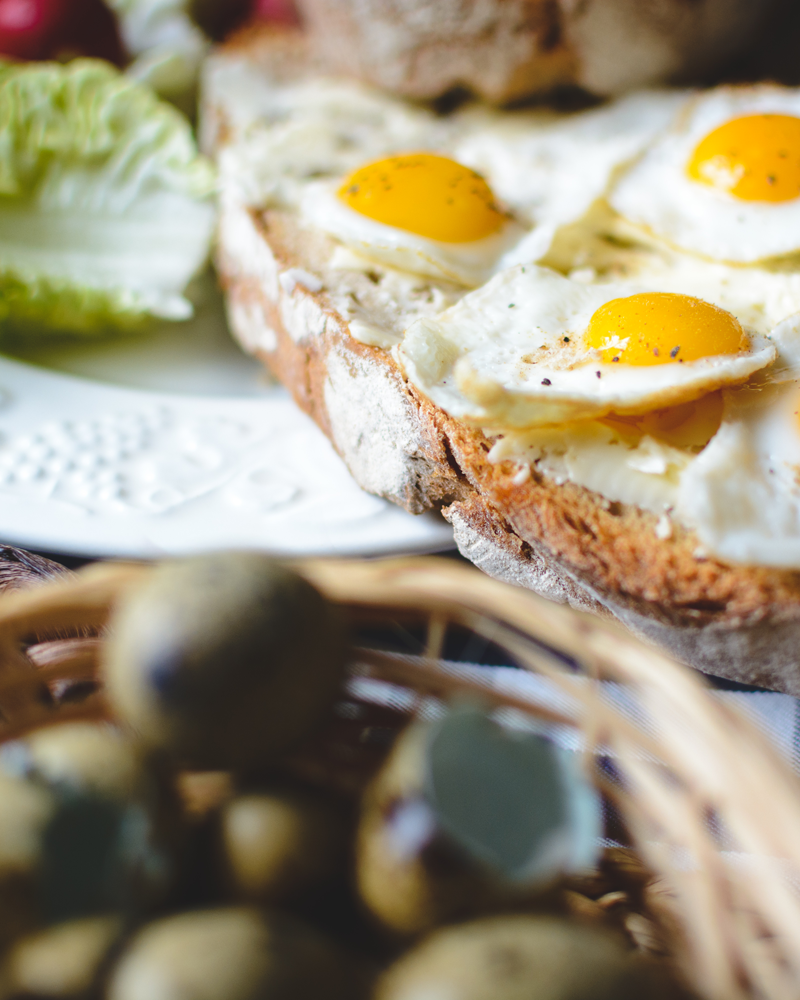