No, we are not talking only about plants or living things, but anything that is GREEN!

First and foremost, let us address the elephant in the room which is the pandemic that we are all currently living in. This pandemic has caused a steep rise in stress levels in individuals and a lot of hardship. The Straits Times reported that our Health Ministry had received approximately 2,500 phone calls and more than 1,000 WhatsApp messages between March 28 and April 12, during the early days of the MCO, on its Psychological First Aid hotline. In a study conducted by The Centre, about 45 percent out of 1084 Malaysian respondents confessed to having varying levels of anxiety and depression during the MCO.

So, you may think: what is the correlation between stress levels and the colour green?

Green, a verdant hue, has the power to revoke all kinds of emotions in humans. The colour is highly associated with nature and when someone says “green” we automatically assume that they are referring to either plants, bushes, trees or vegetables. Yes, it is true that nature makes humans feel calm, peaceful, and serene. However, not only nature has that power, but in fact anything that is green in colour.

History and science (Why)

Although this rich colour is all around us in nature, it was actually difficult to manufacture the green pigment for painting and decorating items long ago. Ancient Romans created green pigment by weathering metals, and a Swedish chemist created green pigment with a chemical called arsenite; both were highly toxic which caused illness if exposed to it for prolonged durations. Over the course of time, green evolved from being a notoriously dangerous and poisonous pigment to being a symbol of environmentalism. Having said that, let’s dive a little bit deeper into the reason green colour is more calming to humans than other colours.

In a spectrum of light there are seven colours which are visible to the human eye. This visible light spectrum has a wavelength that ranges from 400nm to 700nm. Green sits in the middle of this spectrum with a wavelength of 550nm. The position of green in the center plays a vital role because this is where our perception is at its best. This means that our eye does not need too much effort to identify green colour! With less strain needed to perceive green colour, our nervous system can be more relaxed when identifying this hue. In addition, green is a cool color because it has shorter wavelengths. While our eyes need to adjust to see colors with longer wavelengths, they don’t need to adjust at all to see cool colors like green, thus having a calming effect on the eyes.

It’s no wonder that hospitals, schools and workplaces have so much green. Research has shown that humans are impacted directly by the environment that we surround ourselves in. What we see, hear or smell has an impact on our stress levels, blood pressure and immune system. A study was done on 2 groups of patients who had undergone gallbladder surgery. The beds in the first group faced the wall and the beds in the second group faced some trees. According to the physician who conducted the study, Robert Ulrich, the patients with the view of trees tolerated pain better, appeared to nurses to have fewer negative effects, and spent less time in a hospital.

Aside from scientific reasons green colour is calming, it is also very much part of human evolution. Our ancestors looked to nature for food, shelter and water. Before concrete jungles came about, nature was all we had, nature was safe and nature was security.

A positive environment cultivates a healthy mind and body. If you would like to add some greens into your daily life, and try your hands in cultivating something natural and calming, what better way to do so than to surround yourself with some edible greens! We have a farm kit which is beginner friendly and suitable for all ages. This is a simple way to add some greens into your space without occupying a lot of space. The best part is, you can eat it! For those of you who are looking for a new hobby, this is a great place to start. Hobbies are good stress relievers as they take your mind away from day-to-day stress and make you focus on something that you enjoy.

grow your greens today
Celebrating the graduations of our agrifood apprentice 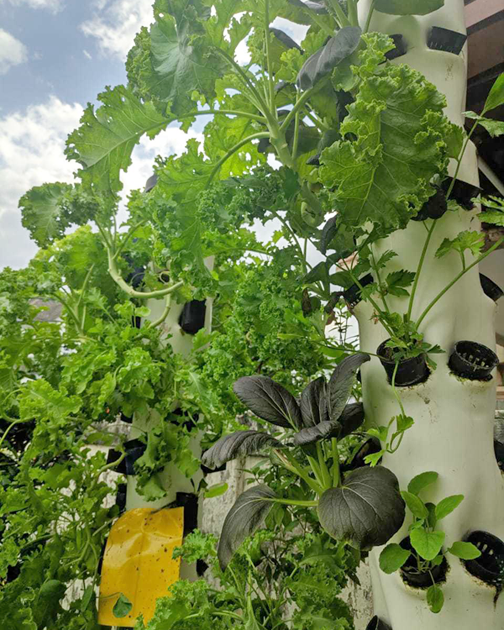 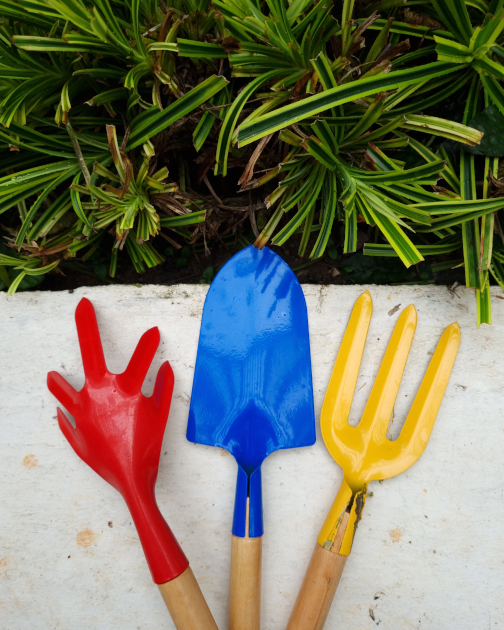